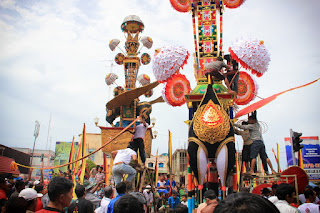 Each region has a different tradition, which is always inherited by generations. One of the traditions that is quite exist in West Sumatera is Tabuik tradition.

There are very many fans of the Tabuik tradition, so that every holding of this tradition will surely come from various regions. This unique tradition is an annual tradition that is always implemented by the Minangkabau society.

Especially in the city of Pariaman, because it is only said in West Sumatera this tradition. This tradition is actually intended to commemorate the death of the grandson of Prophet Muhammad SAW. The 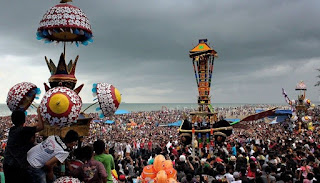 The procession of the Tabuik tradition shows how the Battle of Karbala is followed by the sound of Tassa and dhol drums. This is what makes Tabuik tradition feel festive because of the thundering sound of drums.

In fact Tabuik is a tradition of the Shi'a people, where Tabuik was introduced by the Syi'ah who came from the state of India. Where they call the Indian Shi'a Tamil troops.

And perhaps this is one of the things that make the issue of italics about the Minang people is a Syi'ah society. When it is not true. Even the original Minang people were Sunni Muslims.

In addition, there are also other areas that also do traditions such as Tabuik. However, with a different name, Tabot was held in Bengkulu.

Well, long ago an article about Tabuik tradition that is in the city of Pariaman. If a friend has another version of Tabuik, please list it in the Comments field.